Bill Buzzard first came to the Stehekin Valley in 1889 to check out mining at Horseshoe Basin. He then patented the Buzzard Homestead in 1904 which consisted of 160 acres. The Buckner Orchard and the Stehekin School sit on the former homestead.


Here is an article from the Chelan Leader dated this week in 1896 announcing Bill Buzzard's return to Stehekin after a winter down lake and the upcoming summer season.

William Buzzard arrived in Chelan Friday evening, en route to his home in the Stehekin valley, whither he went on Tuesday's steamer. Mr Buzzard wintered in Spokane, and came across the Big Bend, bringing with him several head of horses belonging to his pack train. These he left at Meadow Creek for the present, where there is plenty of feed. He was accompanied by Richard Watkinson, an experienced prospector, who will put in the summer above the head of the lake looking for the precious metals for which that region is famous. 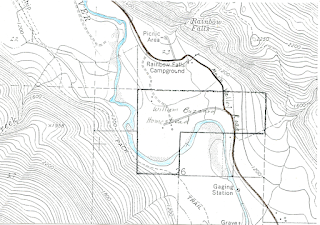 Mr Buzzard has one of the loveliest locations on earth for a pleasure resort. It is situated on the Stehekin river, two and a half miles from the head of the lake and in plain sight of the 300-foot Rainbow Falls, and is surrounded by majestic, towering, snow-capped mountains. There is no better trout fishing than is to be found in the Stehekin river, while prairie chickens and grouse are plentiful. Now and then the monotony is broken for the bird hunter by meeting with larger game, such as a bear, cougar, deer or wild goat. A large mound on his place would afford an ideal spot for a tourist hotel, and water for lawns, fountains, etc can be carried in pipes direct from Rainbow Creek. Those unacquainted with this region would be astonished to learn what a profusion of fine vegetables can be raised, as well as small fruits, etc.

Mr Buzzard, while something of a rancher, has been identified with the mining industry for a quarter of a century, and his judgement on a mining proposition is considered to be pretty good. He has indicated his judgment by identifying himself with the mines of the Chelan district, largely in Horseshoe basin, but also in other camps.

A short time ago the LEADER stated on the authority of a Spokane man who was interested, that the new gold fields at the head of the Twisp would be reached and would ship ore via Lake Chelan. Someone afterwards denied that it could be done. It is now learned from Mr Buzzard that he is fitting out a pack train, part of the horses for which he brought with him from Spokane, for the express purpose of packing between the head of Lake Chelan and the Twisp mining camp, which he says can be easily reached inside of 28 miles. There is no question of this being the easiest and cheapest outlet for those mines as they would have at least eighty miles of trail and wagon road by any other route to reach the Columbia, while on the lake they have seventy miles of navigation, at greatly reduced time and expense.

It was also learned from Mr Buzzard that gentlemen in Spokane who are interested in the Company Creek gold finds of last year, situated some ten or fifteen miles from the head of the lake, will send in a competent expert to examine that proposition as soon as the camp can be reached. It is Mr Buzzard's opinion that if the ore of Company Creek will pay at all to work, it is the biggest gold proposition in North America, as there are millions of tons of the rock.

It is also expected that development work will be actively pushed in Horseshoe Basin this season, although operations there cannot probably begin before June. It is thought work on the tunnel will be abandoned for the present, and will be concentrated on one of the ledges until depth sufficient to determine its value shall have been reached.

It will thus be seen that a pretty lively mining season is anticipated on and above Lake Chelan this season, and while there will be no boom, it is likely there will be more solid development done that at any previous time in the history of the district.
at April 05, 2018